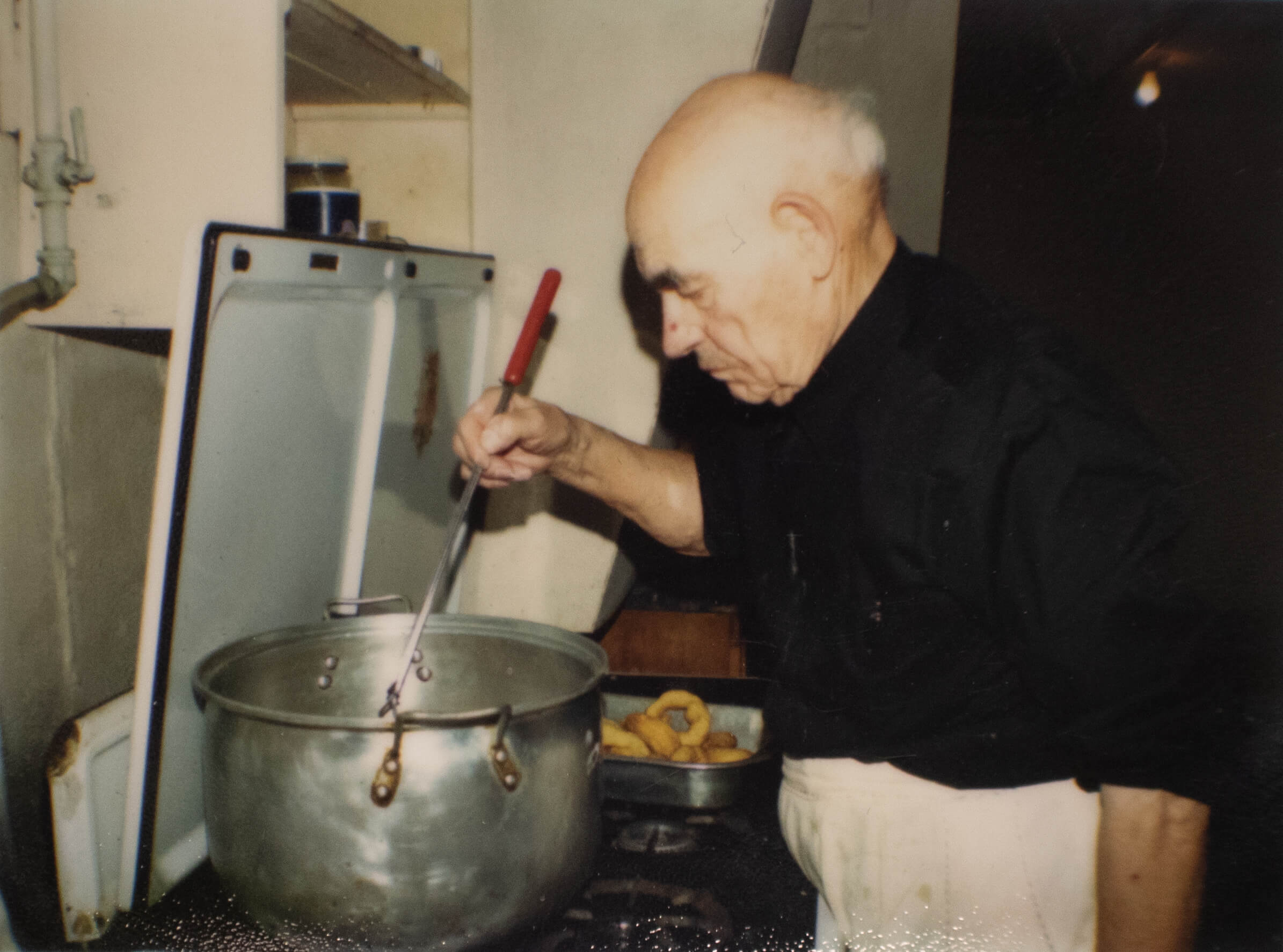 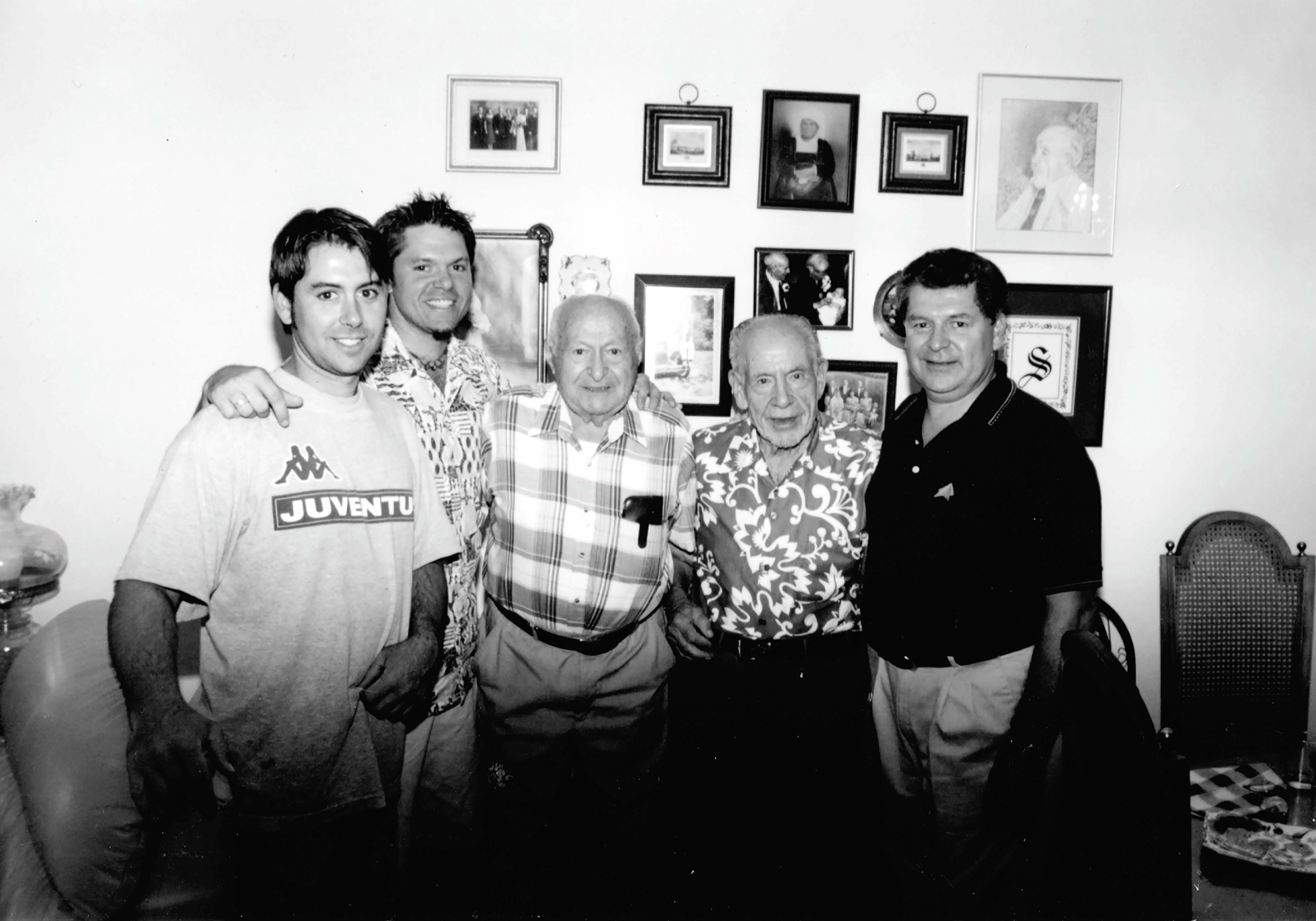 Here's a little history of our journey.

In 1992, Joe and Tim Scarnato owned and operated their first carry-out and delivery pizzeria in the northern suburbs of Chicago. After opening three more stores over the course of a decade, the brothers decided to open their first full-service restaurant with Buddyz A Chicago Pizzeria.In addition to their pizza, they brought more family recipes to the menu including the homemade Beef Sandwich.
‍
In 2013, It was time to expand once again. Joe took Buddyz where many Chicagoans migrated: Arizona.

In 2017, after his brother Tim and son Tarin joined him in Arizona, they opened their third location in the Phoenix neighborhood of Ahwatukee. Despite the “big three” Chicago pizza staples in Lou Malnati’s, Gino’s East, and Giordano’s joining them out in the desert, Buddyz found their own path to success.

Fall 2020 brought more expansion to the Phoenix market with the opening of the final Buddyz in San Tan Valley. Shortly after the opening of this store the Scarnato Family decided to expand again, but in a different way.
‍
Thus began Vero Chicago Pizza, a franchise company created by the Scarnatos. With a fresh rebrand and a team of two generations of Scarnatos at the helm, Vero Chicago Pizza plans to have four locations in the East Valley in 2021. 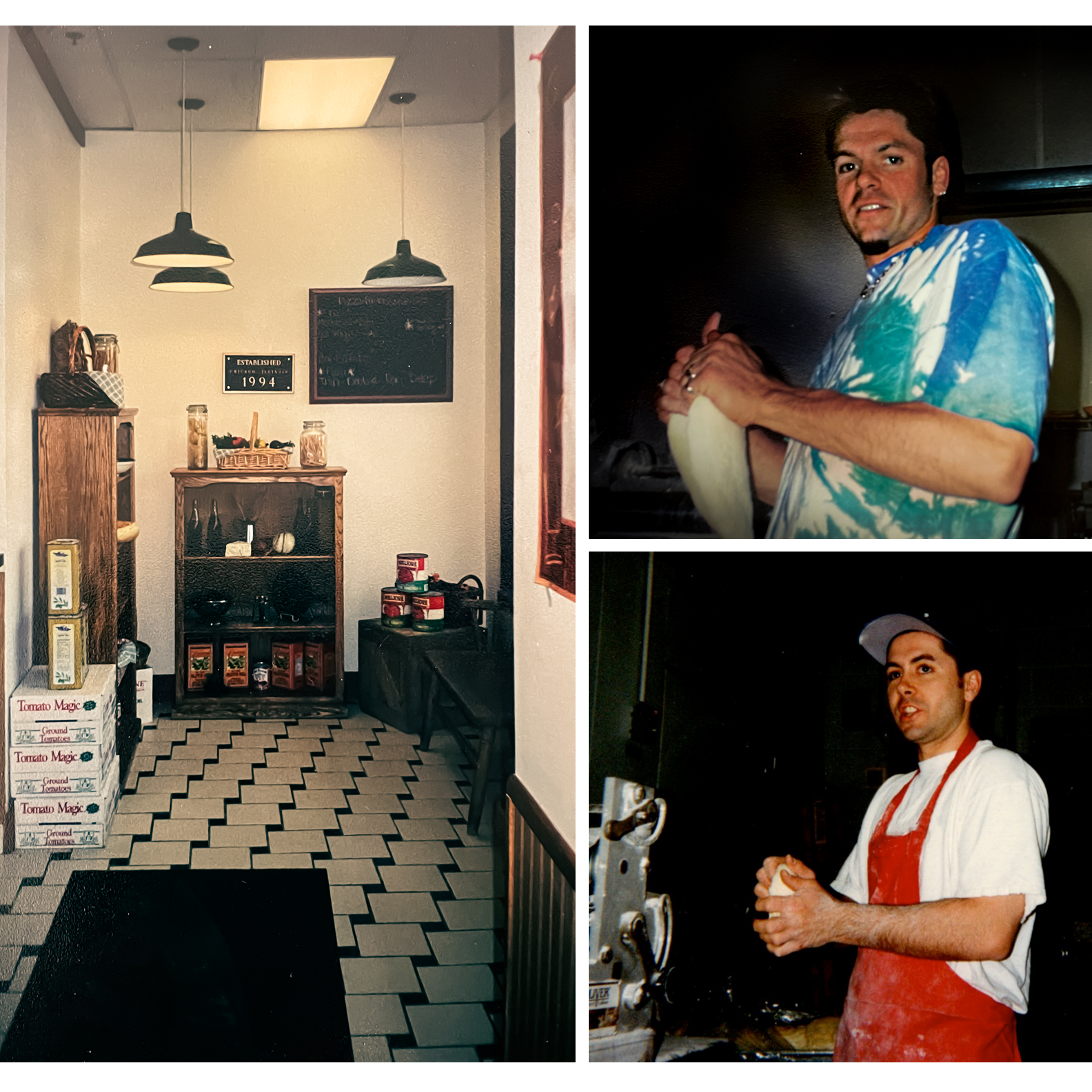 The Scarnato Brothers open their first take-out and delivery location in the Chicagoland Area.

The Scarnatos open their fourth location in 1996.

The Scarnato Family breaks away from their partners to create their  own restaurant concept, Pizza Italia. Two of their previous locations are rebranded and the others are sold.

After getting a taste for dine-in restaurants, the Scarnato Family once again plans to build a new concept featuring a full dining room and bar to offer their premium product from oven to table.

Buddyz A Chicago Pizzeria opens in 2006 in Algonquin, IL.

Half of the Scarnato Family moves West.

In 2015, the Scarnato Brothers bring their concept to a food truck, servicing all of Phoenix.

In 2017, the Scarnato Brothers open their third location in Arizona.

San Tan Valley is Home to the 4th and Final BUDDYZ.

The Scarnato Family builds a new franchise concept to allow their friends and family to join in on their success.

The first Vero Chicago Pizza location opens in Gilbert, AZ, and all former Buddyz transition to the new Vero name. 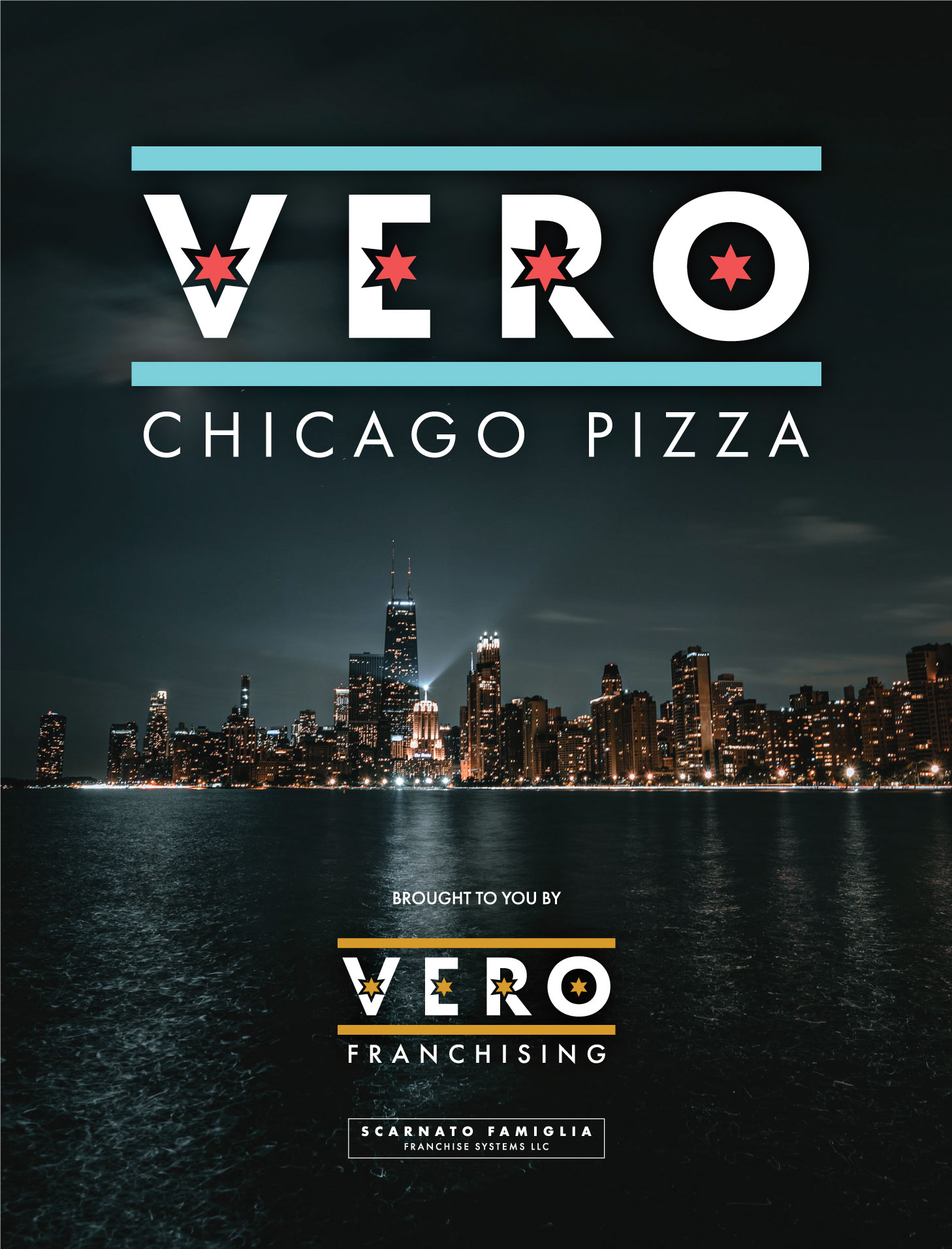 “Eventually, I think Chicago will be the most beautiful great city left in the world”

If you have any further questions feel free to get in touch.

Vero o falso? Are we Buddyz A Chicago Pizzeria?

True! And False!  We are the founders and original family behind Buddyz A Chicago Pizzeria and Pizza Italia restaurant concepts. However, as of 2021 all remaining Buddyz locations, who are still operating under the name Buddyz, are not affiliated with the Scarnato Family and Vero Chicago Pizza.

Why the name change?

The Scarnato family made the decision to grow and evolve their pizzeria concept into a franchise. As there was a trademark issue with a long standing Detroit Pizzeria, the Scarnatos chose to rebrand to Vero Chicago Pizzeria.

Are the recipes staying the same?

The Scarnato recipes that you have come to know and love over the past 30 years are never changing. Our food is the driving force of our success,  and we are constantly developing new exciting offerings whilst staying true to our roots. 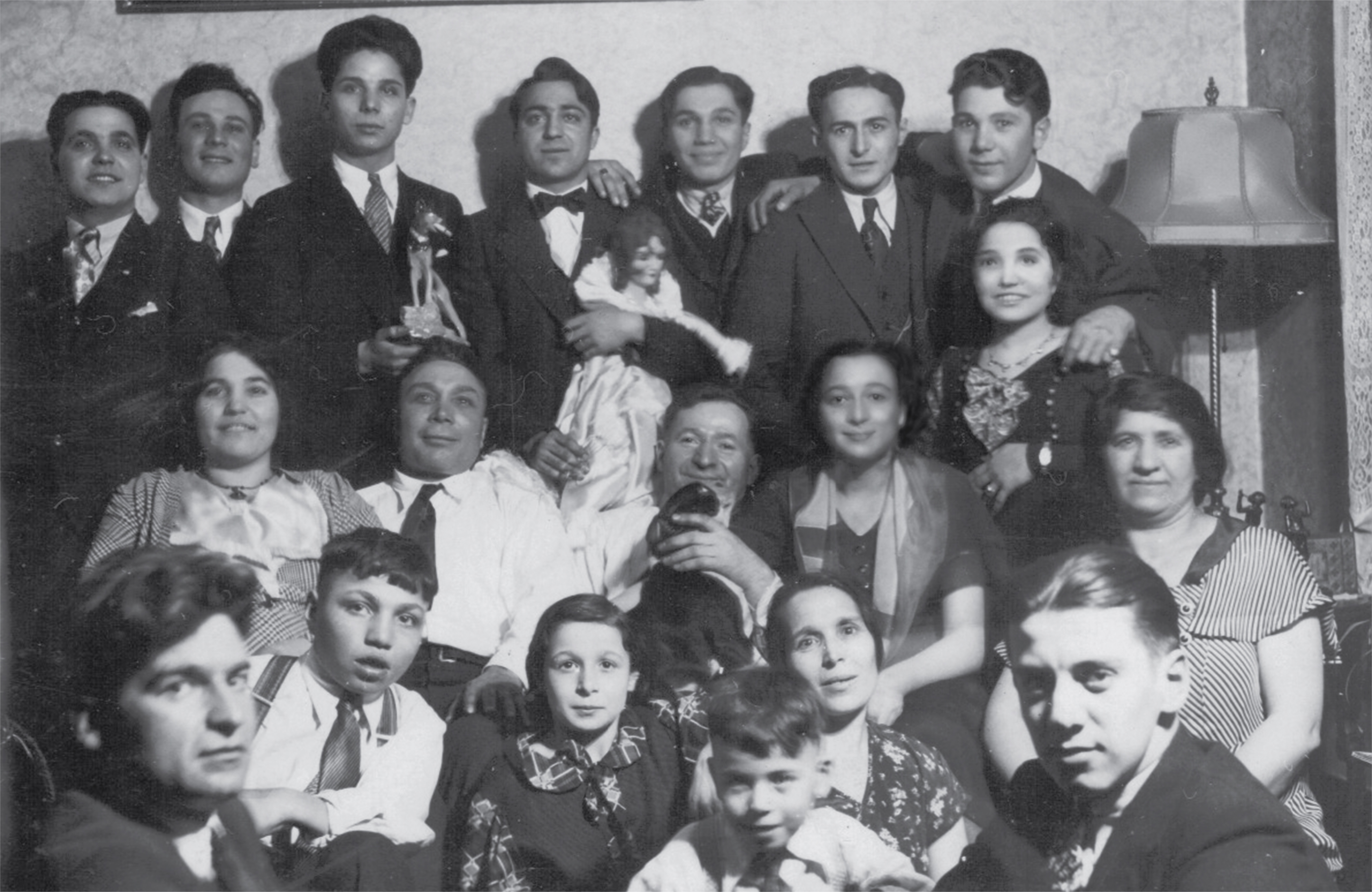 Want to join the family?

Check out our franchise opportunities
Take the Tour